The below was written by a friend of mine and read at the service.
She was like a second mother to Brandon. 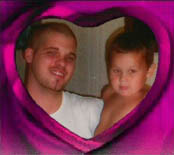 He was a handsome young man.  Someone you could not pass by.
For he was not one of the empty souls you sometimes encounter.  His eyes were
a window through which was seen who he was no matter his situation.  He was a
gift to all who knew him.

As a child held his arms open to everyone he knew.  He never judged anyone.
He only hoped to receive what he gaveunconditional love.  It was as if his worth
depended on it.

He loved his family deeply.  His mother, brother and sister were the ones he
knew he could depend on.  In return he gave them his loyalty.

As a young man, inside he was still the loving person he was as a child. He still
believed that one day he would be given what he desperately longed for security.

His greatest joy was his son.  He did everything in his power to be the kind of father
all children deserve, they kind he never had.  He did not consider it a responsibility.
He considered it a privilege.

For us who had the honor of knowing him, we realize our loss

He will be missed

I love you dearly.. and miss you more. 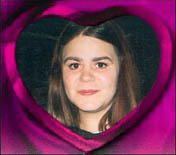 So many people
Now missing you so

How could this happen?
It seems so unfair
Why didn't you scream it?
Everyone would have cared

Rest In Peace - Dear Jenny
by Terrie Lutz 12/02/2003
In Memory of Jenny Our Beloved Daughter,
Sister, Aunt and Friend.
We will always remember you with love!
Mom, Jeff, Chris, Jenn and Paityn 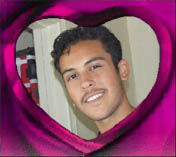 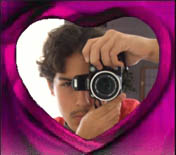 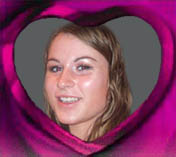 his parents, a sister and a younger brother

and numerous friends and relatives

You were gone before we knew it, And only God knows why

If our love could have saved you, You never would have died

It broke our hearts to lose you, But you did not go alone

For part of us went with you, The day God called you home

God broke our hearts to prove, He only takes the best

To some you are forgotten, To others just a part of the past

But to us who loved and lost you, Your memories will always last

In memory of Marcel, our loved son

Who God called home to be with him

We love and miss you every day that goes by.